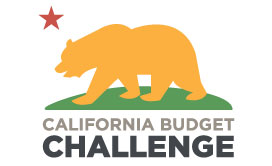 Ten years ago, Next 10 launched the California Budget Challenge, challenging Californians to create their own budget for the largest state in America.

Now, ten years later, the state's budget has grown by leaps and bounds, from $92 billion in 2005, to $113 billion proposed by Gov. Jerry Brown for the 2015-16 fiscal year. Throughout that period we've had huge ups and downs, weathering the storm of a massive recession and ensuing deficits.However, even though the state budget reflects a surplus, there are still major questions lawmakers and voters will need to grapple with as we decide what policy will look like in California in future years.

Some key policy choices Budget Challenge participants will face include: