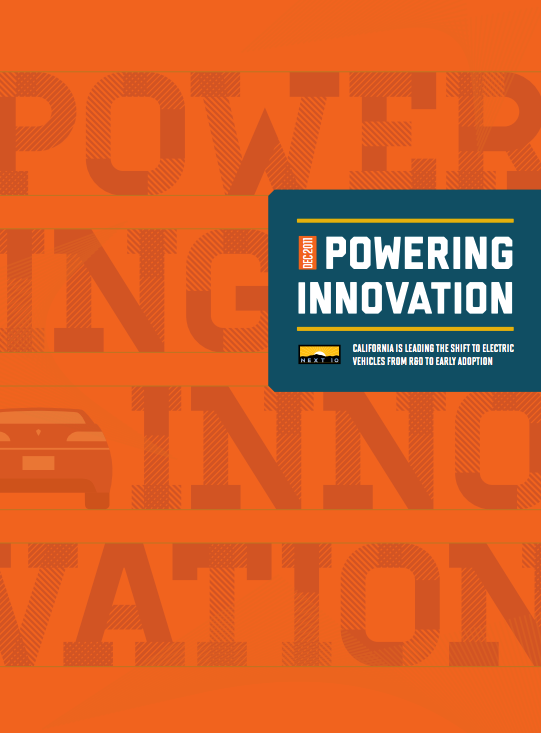 Powering Innovation: California is Leading the Shift to Electric Vehicles from R&D to Early Adoption

The report finds that while there is still much to do, public policy efforts to reduce pollution from vehicles and support the adoption of cleaner alternatives are already paying off. California ranks first in the nation in total charging stations installed with 609 stations and first per capita with 16.3 charging stations per million residents. Additionally, from 2009 to 2010, EV jobs expanded by four percent while total employment in the state dropped by seven percent. The Los Angeles area and Silicon Valley together make up 47 percent of the state's EV employment, but different hubs of specialization are emerging across the state. Silicon Valley leads in Electric Vehicles, the San Diego region in Motor Vehicle Components and Advanced Batteries, the Bay Area in Charging Infrastructure, and the LA area in Advanced Batteries. Manufacturing makes up 59 percent of EV industry jobs and grew 132 percent from 2004 to 2010.

California is also a global leader in technology innovation related to electric vehicles. The state took in $467 million in global EV venture capital (VC) investment in the first half of 2011, and, along with Michigan, is the top patent holder for new EV technology in the United States. Research related to EVs is being explored at world-class research institutions around the state, including Lawrence Berkeley National Laboratory and the University of California at Berkeley, Davis, and Los Angeles. Topics of research range from batteries to vehicle design and public policy.

California is a global VC leader in electric vehicles, attracting 69 percent of the world’s EV investment in the first half of 2011.

California is a national and global patent leader in EV technology.

California’s history as an early adopter of new technology, its forward-looking policies and its strong community efforts to spur market growth in clean energy technology all contribute to its role as a market and infrastructure leader in the EV sector.

The growing EV sector represents a valuable, growing economic opportunity for California. Addressing the barriers to EV commercialization will encourage widespread adoption in California, the rest of the country, and abroad.