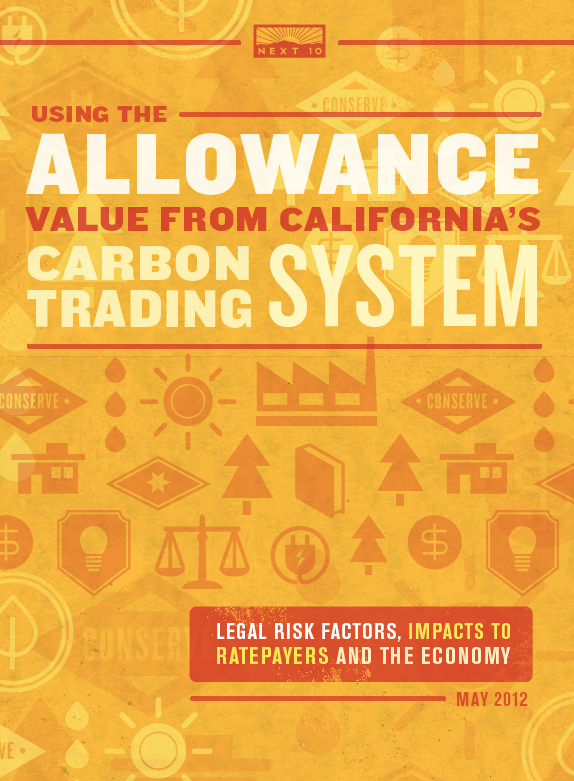 New Next 10 report seeks to better understand California’s cap-and-trade program and different alternatives for how the state can use the allowance value created under the cap-and-trade program. The findings in this report summarize a series of reports commissioned by Next 10 that represent the first extensive analysis on the issue of alternative uses of allocation value and the revenue derived from permit auctions.

The four studies together provide legal and economic analysis of different investment scenarios, including impacts on utility ratepayers and the economy:

Options for Cap and Trade Auction Revenue Allocation: An Economic Assessment for California is the first macroeconomic study to examine the economic impact of spending revenues generated by the sale of cap and trade emissions allowances. Key findings include:

California’s Cap-and-Trade Auction Proceeds: Taxes, Fees, or Something Else? offers a legal analysis of different strategies for spending revenues raised through the sale of emissions allowances in California. Key findings include:

A Primer on the Use of Allowance Value Created under the CO2 Cap-and-Trade Program examines key aspects of the cap-and-trade program including what allowance value is, who will make the decisions about this billion dollar plus revenue source, the timeline for major decisions, and how different Californians might be impacted.