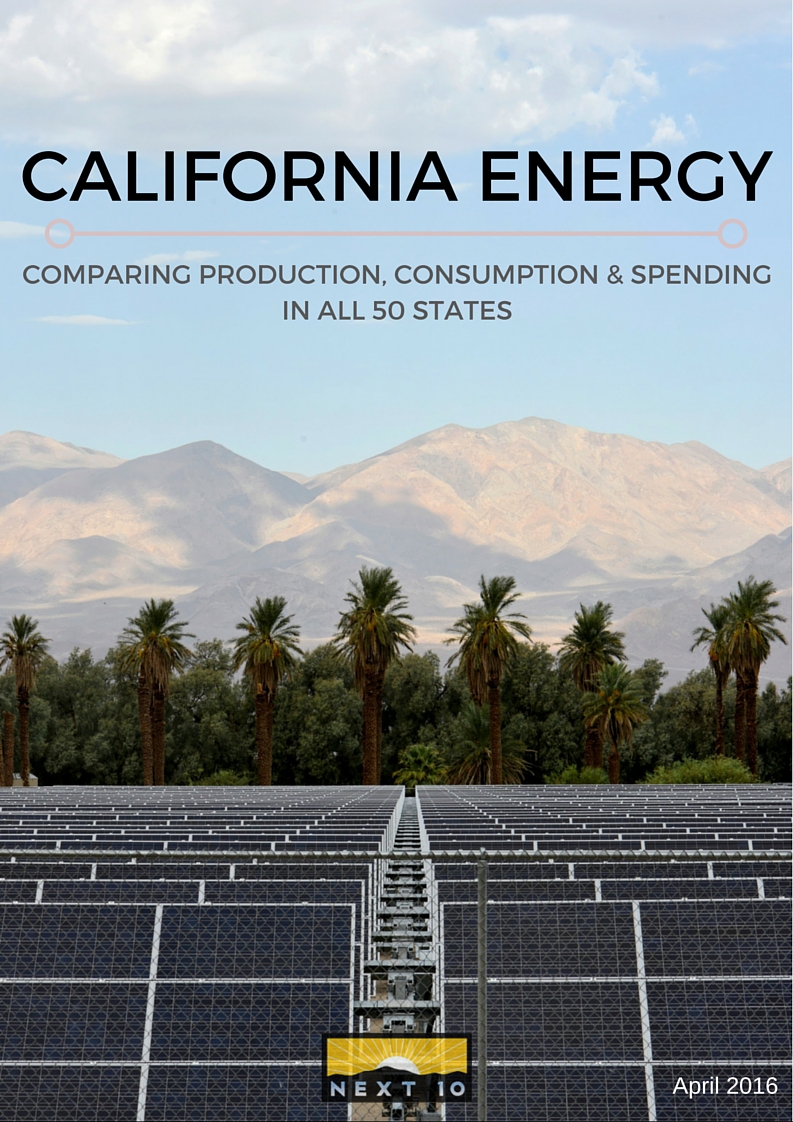 New report finds that California remains a leader in renewable energy production while its residents use less energy and have lower energy bills than other Americans.

The report finds that California uses a lot of energy because it has the largest population and the largest economy of any state in the nation. California ranks near the top in commercial, residential, industrial, and transportation energy consumption and expenditures. While California consumes the second largest amount of energy in the nation, it is also one of the most energy-efficient states. Compared to all other states, California ranks among the lowest in the nation for both per capita energy consumption and per capita energy spending.

It also leads the nation in renewable energy production, and comes in second place when large hydropower is included. California is also one of the largest producers of fossil fuels in the country. Because of its diversity of energy sources, California's economy is better insulated from the effects of falling oil prices than states with economies that are more dependent on the industry, such as North Dakota or Texas.

To learn more about how California ranks in comparison to all 50 states in energy production, spending, and consumption, visit Next 10's Compare 50 website at Compare50.org.

The report finds that in 2013, California ranked: