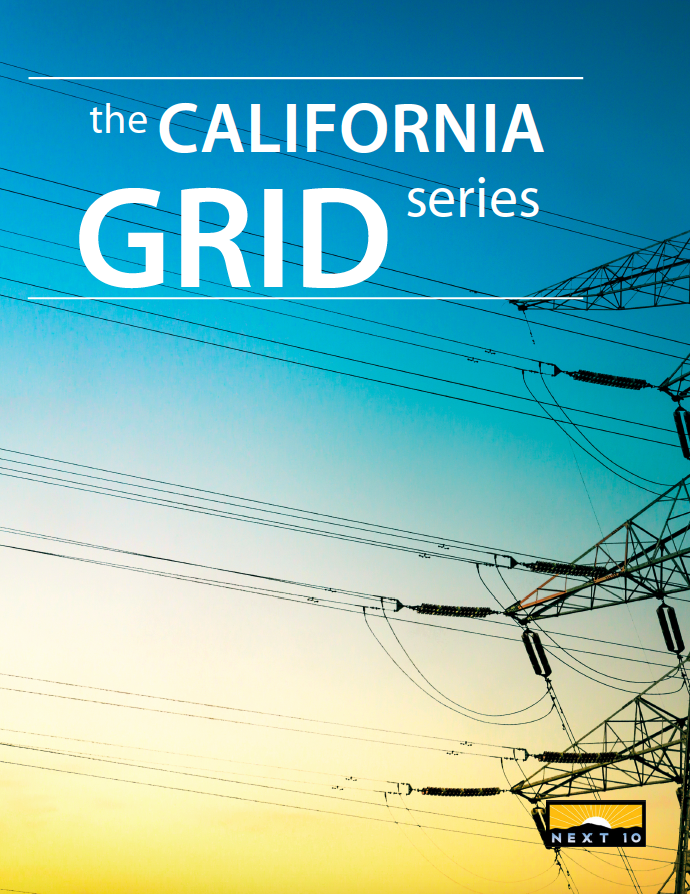 The full report link to the left provides the Executive Summaries of the five ireports that make up the California Grid Series and are listed on both the Key Findings, All Graphics, and Additional Resources tabs on this page.

1. Transforming the Grid: An Introduction to California's Electric System in the 21st Century explains how the state’s power system and grid work, lays out environmental and social issues, and provides visions of the future as the grid evolves in concert with economic and environmental trends.

2. A Regional Power Market for the West: Risks and Benefits takes a fresh look at the pros and cons of creating a Western regional grid, and illuminates the complexities that have helped stall bills addressing the issue over the past three years. Grid regionalization could change how and where renewables are built, bought and sold, with ramifications for energy markets in California and across the West.

The new report lays out arguments for and against expanding the western electricity market through the formation of a regional independent system operator (ISO). ISOs act as air traffic controllers for electricity, independently coordinating the planning and distribution of energy in a given area. Regional ISOs are common in most of the U.S., but in the West, the region is divided into a patchwork of individual operators, including the California Independent System Operator (CAISO). Pending legislation would set the rules for how California utilities could join a regional market.

3. Electric Vehicles and the California Grid takes a deep dive into how the grid might be challenged or helped by the rise of electric vehicles. The report finds that the California grid is well placed to handle rapid growth in plug-in electric vehicles (PEVs), but advance planning and smart policy can ease the transition for the state’s power system. For instance, the California Energy Commission forecasts that 3.9 million plug-in electric passenger vehicles (PEVs) would add about 15,500 GWh of charging demand—equivalent to just about five percent of California's current total annual energy load.

New management strategies, such as managed charging programs and smart charging, can help optimize potential benefits and minimize potential risks of more PEVs needing more electricity, but are challenging to implement. Together with the state’s shift toward low-carbon generation of electricity, electrifying transportation is a key pathway for California’s clean energy strategy.

4. The Growth in Community Choice Aggregation: Impacts to California's Grid looks at the rapid growth of community choice aggregation since 2010, which allows cities and counties to join together to purchase electricity on behalf of their community members. County and city governments administer CCAs as local alternatives to investor-owned utilities (IOUs).

The report finds that if current growth trends continue, CCAs may serve a majority of California’s power consumers within the next 10 years, transforming California’s retail electricity sector. According to the report, the rise of CCAs has both direct and indirect positive effects on overall renewable energy consumed in California, helping contribute to the state meeting its 2030 RPS targets approximately ten years in advance.

5. The Growth of Distributed Energy: Implications for California's Grid looks at how the grid may be impacted by an increase in distributed energy resources (DERs). DERs are small technologies— including rooftop solar, energy storage, microgrids, load control, energy efficiency, and communication and control technologies—that produce, store, manage, and reduce the use of energy. They are small enough to be “distributed” all around the grid, close to customers and away from centrally located power plants.

The use of DERs has grown substantially in California and, while these resources can help make the grid more reliable, resilient, and equitable, DERs represent a shift from the traditional model of central energy resource control and ownership. As many decisions regarding the use of DERs are made by individual customers, regulators and utilities have had to cede some control of the system, which is requiring new flexibility and a new set of policies and incentives to help optimize the potential of DERs on California's grid. This report analyzes key DER technologies in California to provide an overview of what they are, how they work, what policies have helped drive growth, and what grid impacts or benefits decision makers need to be aware of as these technologies advance.