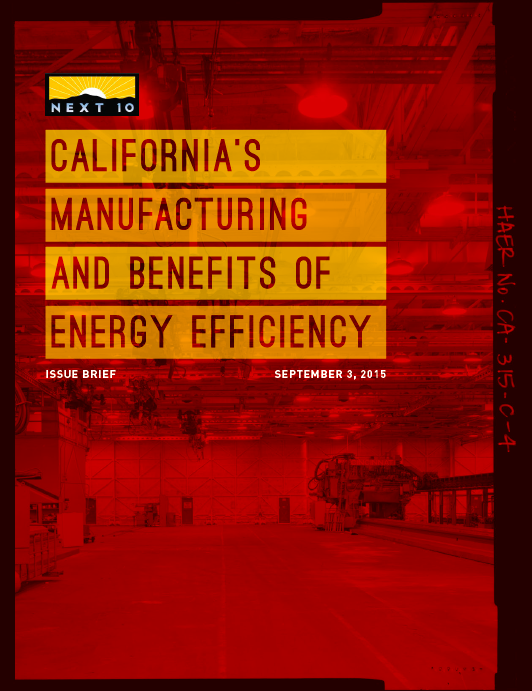 New report finds California manufacturers produce more gross domestic product (GDP) for every dollar spent on electricity than manufacturers in any other state except Connecticut. California's manufacturing GDP also grew faster than the U.S. as a whole—with the state realizing a 15 percent increase over the last ten years compared to a five percent increase, on average, for the rest of the U.S over the same time period.

California's Manufacturing and Benefits of Energy Efficiency analyzes electricity productivity—how much GDP manufacturers produce for every dollar spent on electricity—and finds that California generates $59 in GDP for every dollar spent on electricity, compared to $38 for the rest of the nation. At the same time California continues to generate the most manufacturing output, jobs and exports of any state in the United States. Energy policies designed to promote efficiency and reduce energy bills are contributing to the state’s manufacturing success.