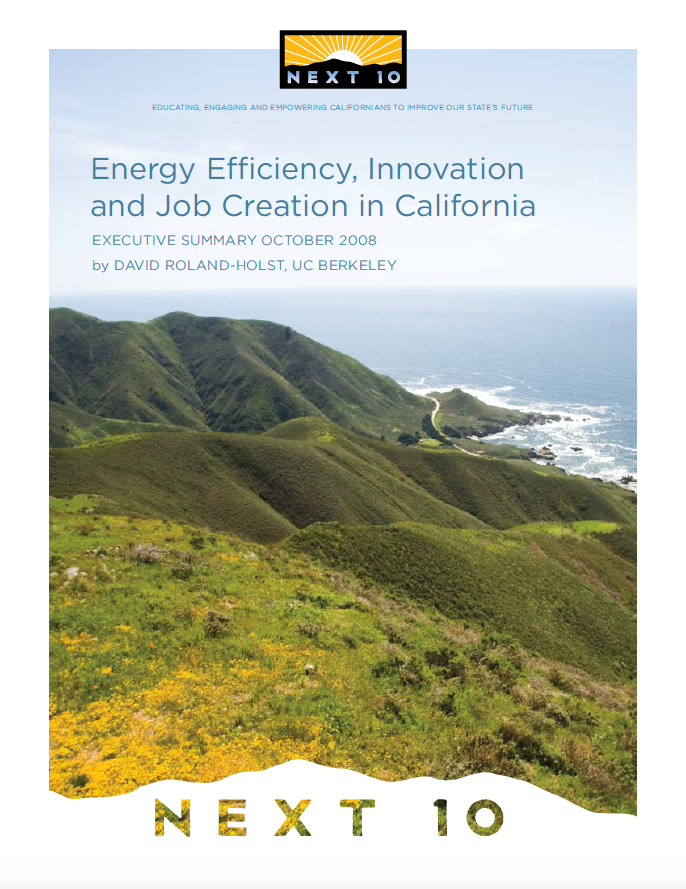 Global climate change poses significant risks to the California economy. Recognizing and responding to these threats, Governor Schwarzenegger signed Executive Order #S-3-05 which called for a 30 percent reduction below business-as-usual of greenhouse gas emissions by 2020 and 80 percent below 1990 levels by 2050.

In September 2006, the California legislature passed and Governor Schwarzenegger signed AB 32 into law, which mandates a first-in-the-nation limit on emissions that cause global warming. In June 2006, the California Air Resources Board (CARB) released a "Draft Scoping Plan" – the policy roadmap to meet the emissions reduction target of 169 million metric tons of carbon dioxide equivalent (MMTCO2e) by 2020 to stabilize at 427 MMTCO2e overall. The CARB board will take up final adoption of this plan in December 2008.

During the months leading up to this decision, a financial crisis of global proportions is unfolding. The state, nation and world are caught in serial market failures sparked by the collapse of the housing industry, and there is much speculation about the impact of declining capital gains revenue on the state budget.

Against this backdrop, Energy Efficiency, Innovation, and Job Creation in California analyses the economic impact of CARB’s past and future policies to reduce fossil fuel generated energy demand. California’s achievements in energy efficiency over the last generation are well known, but evidence about their deeper economic implications remains weak. This study examines the economy-wide employment effects of the state’s landmark efficiency policies over the last 35 years, and finds that innovative energy efficiency policies created 1.5 million additional full-time jobs with total payroll of over $45 billion.

The report's historical findings include:

The report's other findings include: