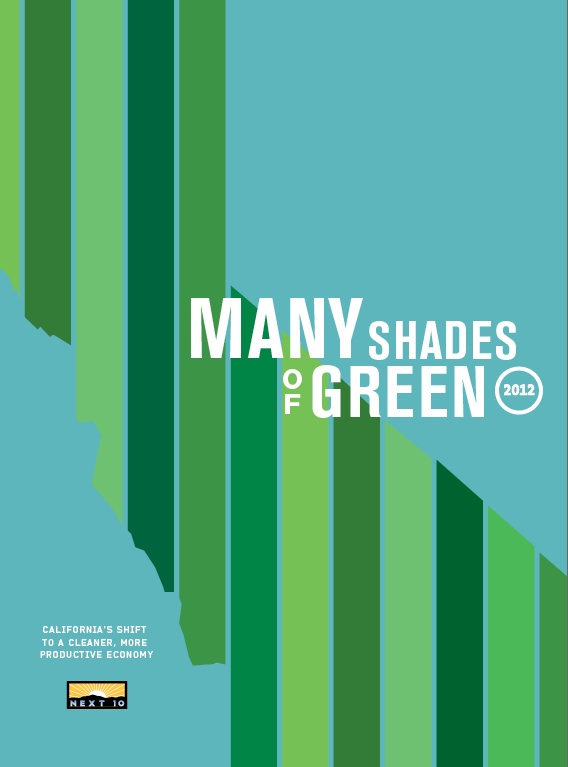 2012 Many Shades of Green: California’s Shift to a Cleaner, More Productive Economy

New Next 10 report provides a comprehensive, bottom-up accounting of California’s Core Green Economy, systematically tracking the most recent available data on employment and business establishments across California’s green sectors and regions. The state’s Core Green Economy is represented by businesses involved in the clean energy sector, those that provide goods and/or services to conserve natural resources, and those that cut pollution and/or repurpose/recycle.

From January 2009 to January 2010, the state’s overall economy registered job losses of seven percent. Those losses are more than two times higher than the job losses tracked in the state’s Core Green Economy, which saw a three percent loss in jobs. In the long term, employment in California’s Core Green Economy grew by 53 percent from 1995-2010, while jobs in the wider economy grew by 12 percent.