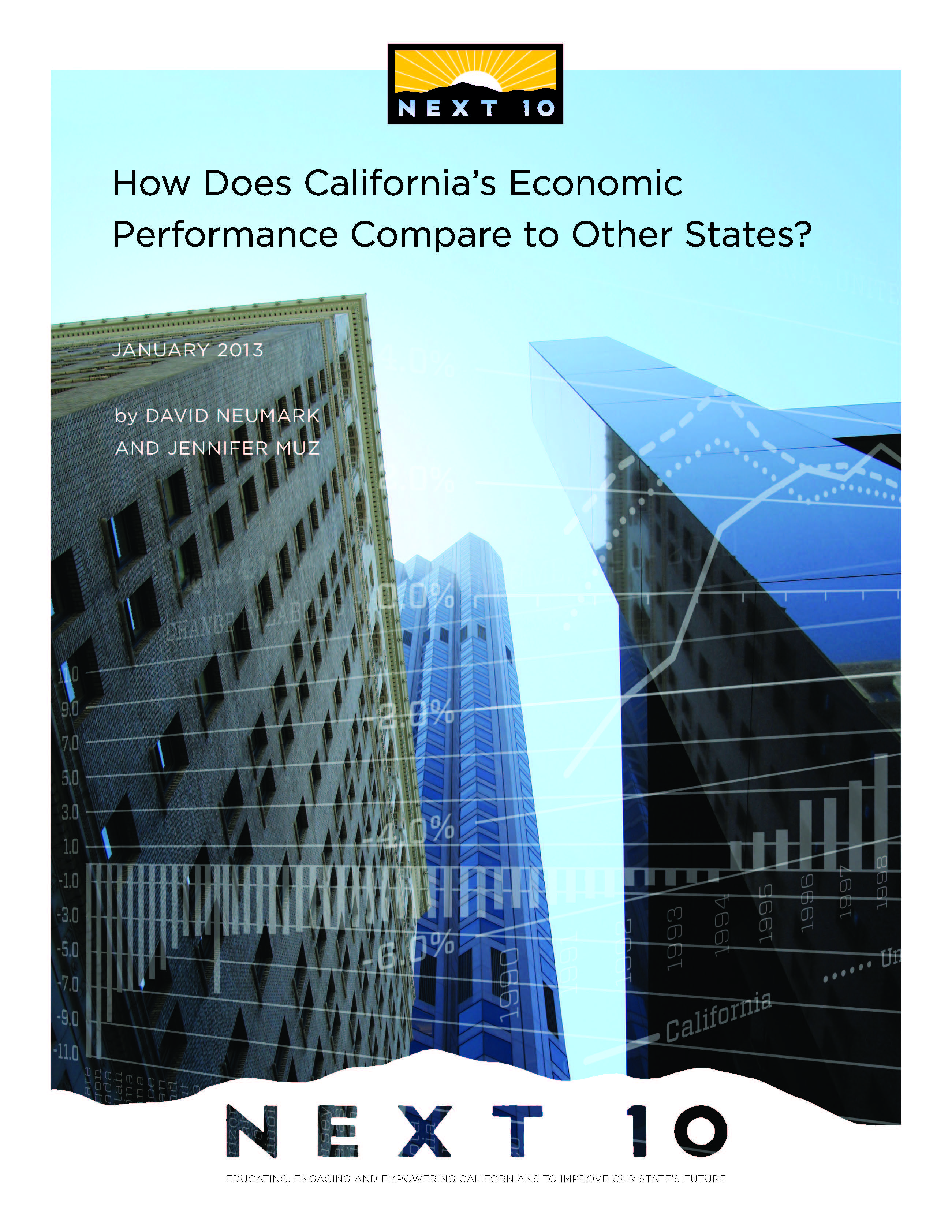 How Does California's Economic Performance Compare to the Other States?

To that end, this report provides a rich and multi-dimensional empirical description of California’s economic performance relative to other states. It provides up-to-date and comprehensive longer-term comparisons that are essential to well-informed debate about where the state performs comparatively well, and where it comes up comparatively short.

Concurrent with the production of this report, Next 10 produced Compare50.org, a new interactive web tool that allows users to view, track, and compare more than 60 economic indicators to dynamically compare economies of the 50 states, with a focus on innovation, jobs, and income and equity.

A sample of findings from the new web tool include: