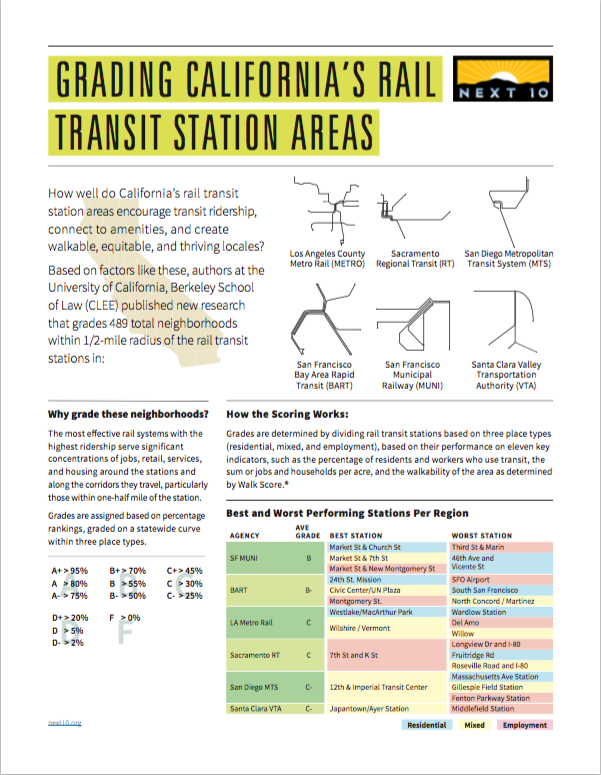 The researchers analyzed 498 neighborhoods within a half-mile radius of stations in six California rail transit systems. Of the six transit systems evaluated, MUNI scored a B, the statewide highest average station area grade. MUNI was followed by BART, which earned a B-, Los Angeles Metro Rail and Sacramento Regional Transit (RT), both of which scored Cs and San Diego Metropolitan Transit (MTA) and Santa Clara VTA, both of which scored C-.

Grading California's Rail Transit Station Areas, issued by Next 10 and prepared by the Center for Law, Energy and the Environment (CLEE) at the UC Berkeley School of Law, gives the highest grade statewide to the San Francisco Municipal Railway's (MUNI) Market Street and Church Street station, which performs the best overall when it comes to connecting riders to key amenities, cutting the environmental impact of transportation and contributing to a vibrant, pedestrian-friendly community. San Diego Metropolitan Transit System's Gillespie Field Station, by contrast, was assessed the lowest statewide score for lack of ridership and access to amenities and services.

Among the rail transit areas featured in the report: